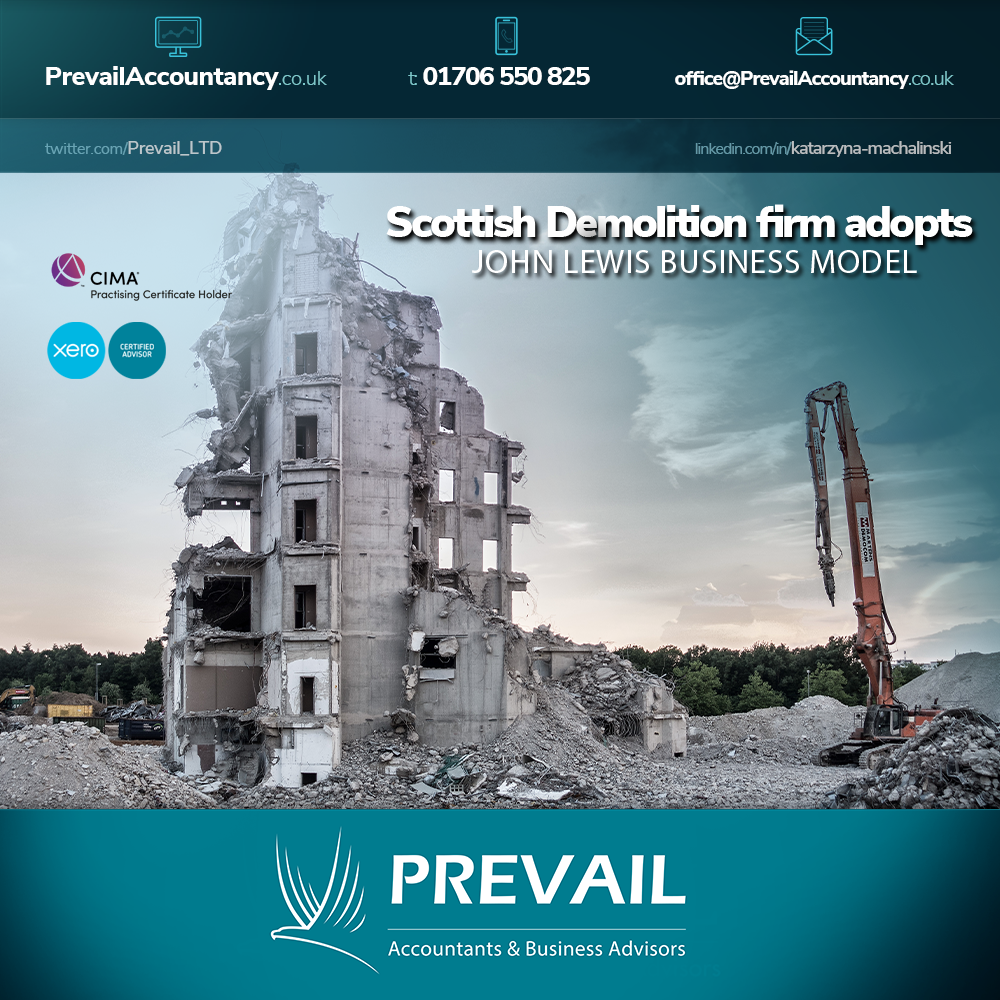 A Dundee-based demolition firm has just announced that it plans to try the John Lewis model of shared ownership on for size as a way of future-proofing the company.

Safedem, which has been operational in Scotland since 1974, announced plans to share ownership with its 36 employees this month, telling Construction Enquirer magazine:

“Truly successful businesses stand the test of time with careful succession planning and strategic thinking. I have always recognised the contribution of all the Safedem team towards the success of the business. The move to employee ownership will allow the business to develop and plan for the future and is due recognition of Safedem’s excellent employees.”

Since 2010, stakeholder-style mutual companies like John Lewis have gradually been increasing in popularity. Many see it as the ideal solution to a shrinking welfare state, on one hand, and the exploitative aspects of capitalism, on the other.

According to one Guardian writer:

“The John Lewis business model gives each employee part-ownership of the company, a share of its annual profits, and a say in how it is run. In theory, it makes employees more invested – literally – in their work, and so heightens both productivity and profits.”

What’s your view on shared ownership?